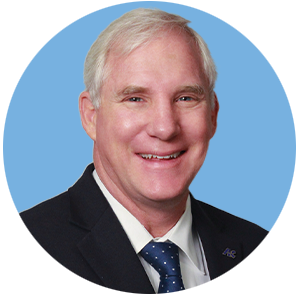 Sometimes my imagination runs away from me. It’s why I make for a good writer—we often plan for the worst before considering the best. (In another world, I may have been a good farmer.)

So, you’ll understand my predisposition for being carried away by certain words, especially one as potent as relationship.

Relationship might seem an odd word in an article guided by data, solutions, and technology—but after my conversation with Kenny Lund, it became the most natural association in the world.

“In transporting produce, the three most important things are relationship, relationship, relationship. 2020 proved that,” the Executive Vice President of Allen Lund Company and ALC Logistics shares with conviction. “And we’re seeing companies push to the forefront by saying they’re going to replace the relationship with data, all for better pricing. That works until there’s a claim. It works until you add three pickups or three drops. It works until it’s two o’clock in the morning and the cherries being picked up have gone from eight pallets to four, or when rates change by 1,000 dollars on a Friday afternoon. Relationships built over time are what get that product moving.”

Do you already have a login?

Are you new and looking to view our load board?